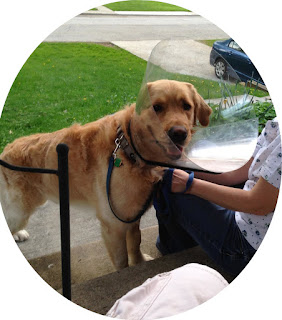 Levi our big golden retriever had just been neutered.  It was a bit more of an operation than normal for that procedure and so I was already concerned.  He was so drugged up he slept right through the first night. The next morning however, we soon realized he would need to wear the “cone of shame” so that he would not bother his stitches.   He was not allowed to run free in the backyard, as he is accustomed to doing.  I had to walk him around so that he could go to the bathroom. He seemed to be fine but then after about 10 hours I realized he hadn’t gone to the bathroom….at all.  He had been eating and drinking just fine. So I began fretting, praying.  What could be wrong? My mind started buzzing. I put a call into the vet but while I waited for their return call back I researched on the Internet all the scary results of not peeing and began worrying some more.  I walk him again and again. Nothing.  My mind was spinning by now. By the time Phil got home from work I could barely think straight! However, wise and patient man that he is, he clearly saw through all the muddle I had created.  Levi couldn’t properly smell with his cone on.  I had not even thought of this.  Of course! Dogs sniff around first to prompt them to do their business. Phil removed the cone, walked him, and after a while Tada! Pee!

OH HOW FOOLISH I FELT, AND HOW FOOLISH I WAS!  How much time had I spent unproductively worrying that Levi’s kidneys might burst or that something serious might be wrong.

I had just recently finished the bible study “Breathe” by one of my favorite teachers, Priscilla Shirer. Through the study she showed how the Sabbath principle should be a lifestyle that enables us to “steer clear of bondage.” The Hebrew word for Sabbath is Shabbat, which means to cease, to stop, to pause, to come to an end. God used the study to show me a few areas in my life that needed a Sabbath. Tendencies to take on too many things just because I couldn’t say “No”(been there?)  and being too much of a perfectionist on projects were just a few.  But now I believe I saw a greater and deeper area that needed Sabbath rest.  My mind.

I see it clearer now- the slave I can be to thoughts.  Bound by worry or indecision – how sad and unnecessary.  It is easy to revert to this unproductive way of thinking because I have allowed it for so long. But now I am determined with God’s grace and help to JUST SAY NO (to worrying). Take a Sabbath from over thinking everything.  ENOUGH IS ENOUGH (let it go -quit ruminating) I guess it really comes down to trust – if I really trust God then I will rest in him.

From decisions as simple as what to make for dinner or as complicated as what to do in this season of my life. When my mind starts spinning, I need to stop. Breathe! Just say No- I’m not going there. Enough is enough! Then I can pray and release my concern to God, who loves me in my muddling and ruminating, but who desires to see me living a life that is free- resting in Him.

It is for freedom that Christ has set us free. Stand firm, then, and do not let yourselves be burdened again by a yoke of slavery. Galatians 5:1 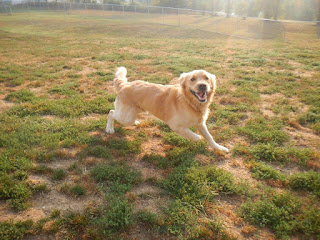 Posted by gracerediscovered at 7:58 AM